Don’t believe me? See these pictures 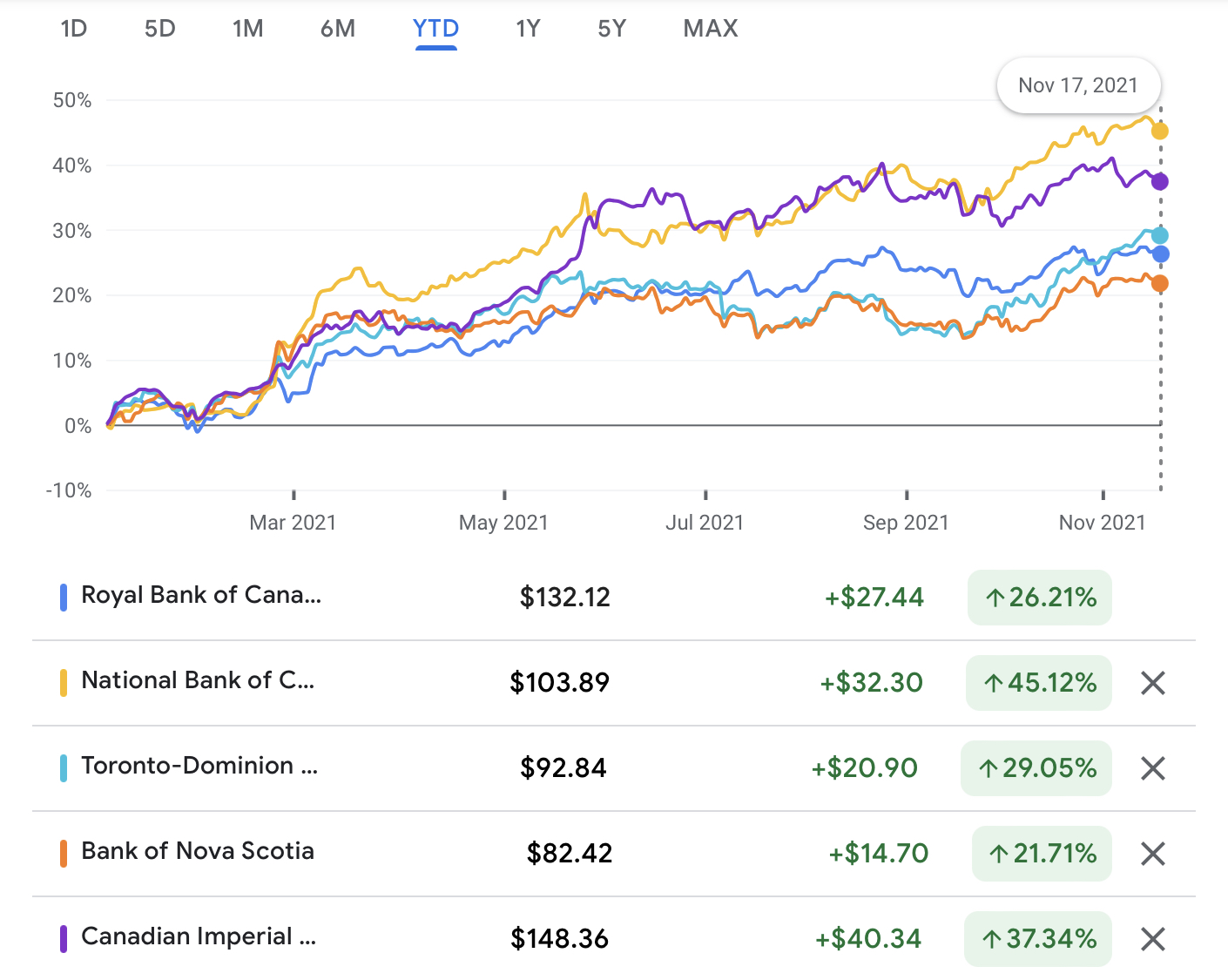 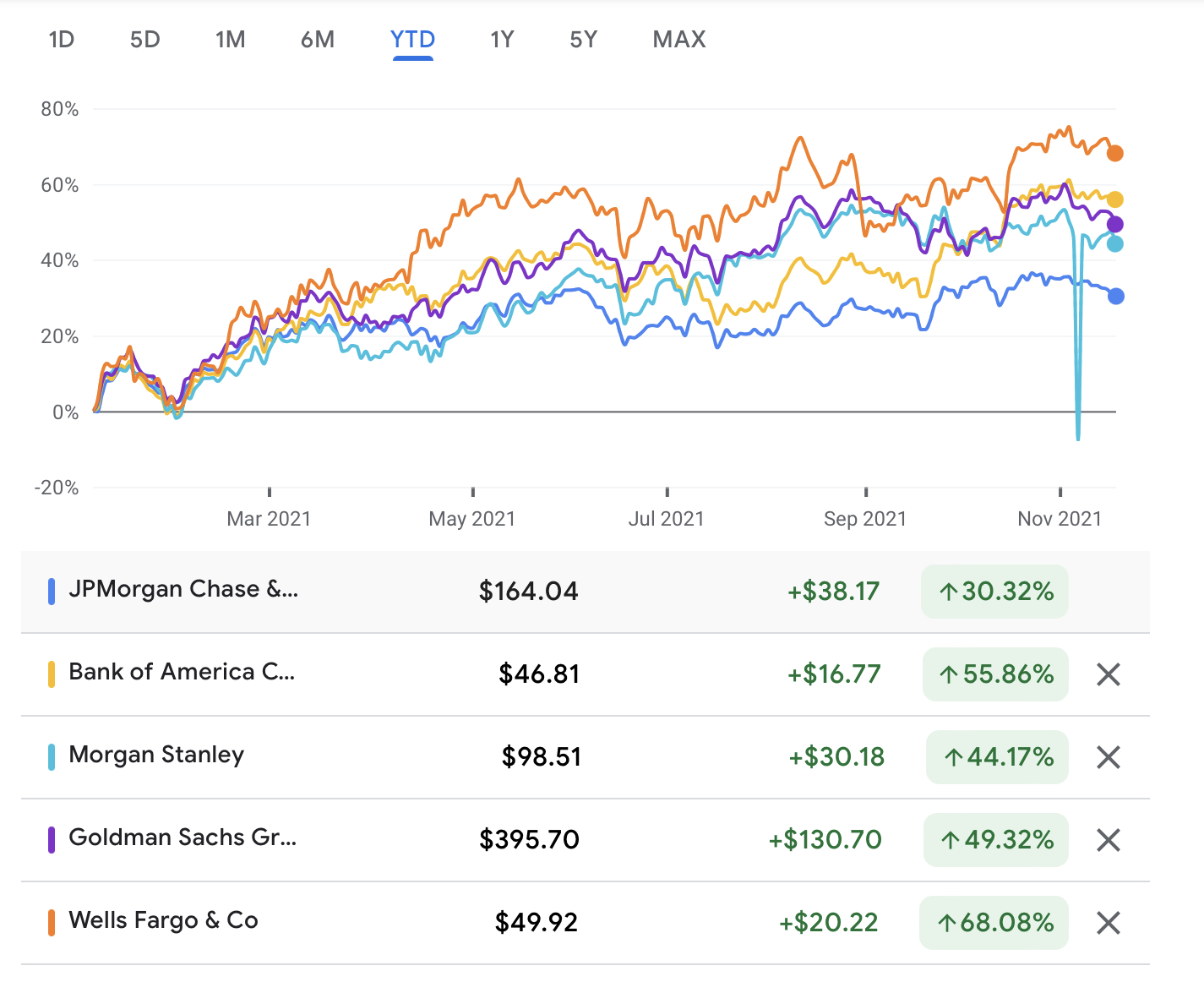 Compare that to the high techs:

Everyone is taking about inflations. That’s great. You may want to read this article to understand how banks make money.

Net interest income is generated from what is known as the ‘spread’. The spread is simply the difference between the interest a bank earns on loans extended to customers and the interest paid to depositors and other creditors for the use of their money. Fifty-two per cent of bank revenue earned is net interest income.”

Did you read that? 52% of bank revenue earned is net interest income. As rates increase due to inflation, banks will take the money we have in our saving/chequing accounts which is earning us no interest, and lend it out for 3,4,5%. Imaging that, if the bank lends $1,000,000, it’ll make $30,000.

According to this article, 410,000 people took out new home loans in the second quarter, and the average amount hit record $355,000.

What am I doing#

I am buying LEAPs on banks. Here’s what I have and it’s already printing money! 18% and 358.93% gain. That is the power of options trading. 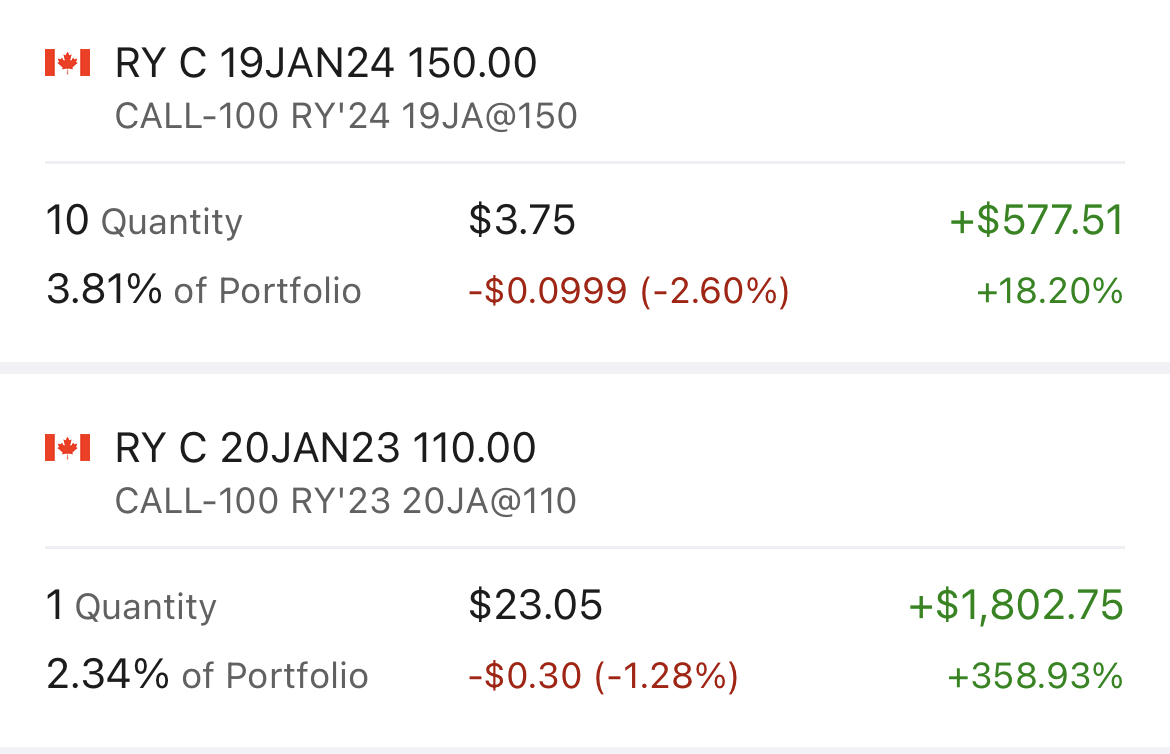